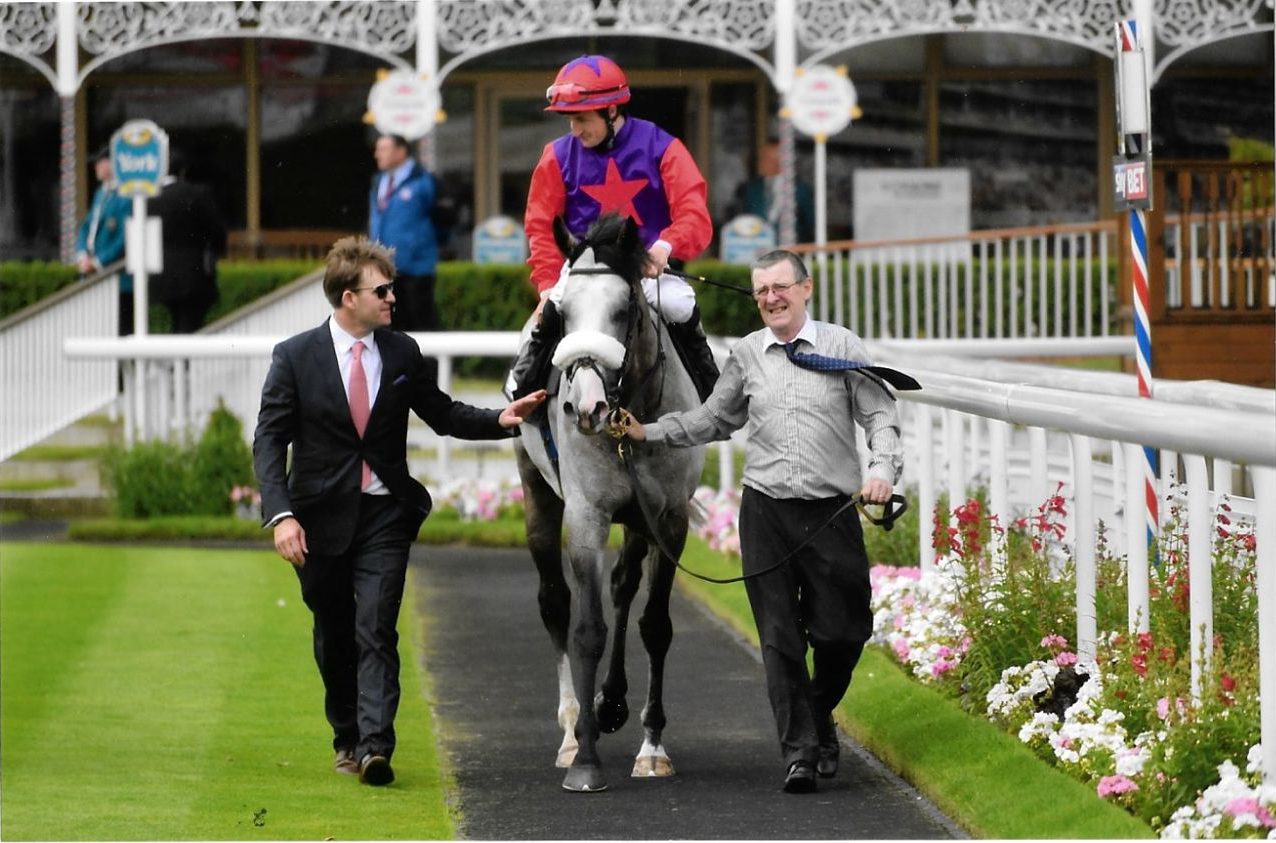 “Niall is riding with great confidence. He rides work for us and has always been a very good rider, he’s a classic winning rider. With 8-4 he was always going to ride her. He’s given her some ride”

It was great to get a win for owner/breeder Con Harrington who has been a good supporter. She’s a half-sister to Profitable so she’s a very important filly for the breeding shed going forward.

“We have a little bit to go in the ratings but we’ll try for a bit of black-type along the way. That’s a great pot to win and we’re delighted to win on Derby weekend.

Ice Cold In Alex was an unlucky loser of the Eleanor & Lyndsey Comer Memorial H´cap over 7f when beaten a half a length by Baladiya. Hopefully, he will have his day soon.

On Romanised (4th at Royal Ascot), “He ran a super race. He did everything right and the splits just didn’t come for him. Billy (Lee) was delighted with him.

“He came out of the race well and we’ll probably go back to Deauville for the Jacques Le Marois over the straight course. Goodwood mightn’t just suit him.”

Celtic Beauty put up a very good performance in the Albany at Royal Ascot and is an exciting filly for the season. She will be eligible for all the 6f filly Stakes Races such as the Duchess of Cambridge, The Cheveley Park Stakes, and the Prix Morny in August. She is a smart filly with a lot of pace and will be exciting for owner David Kelly.

One thought on “Crafty Madam wins on Derby weekend”